Many of us understand the concept of mutants. From science fiction movies like X-Men and Teenage Mutant Ninja Turtles, we will recognise that a change or mutation in an organism results in physical changes and abilities that set them apart from the norm or the usual majority. In reality, germs like viruses and bacteria also undergo mutations. Take bacteria that cause chest infections and skin infections for example. These bacteria start to change in the presence of antibiotics to try to avoid the effects of the medication. However, these mutant or changed bacteria will not get to grow if you keep them under the pressure of the medications for a long enough time and in the correct amounts. When we are told by our doctor or pharmacist to take our antibiotics until they are all finished, even if we feel better after taking only a few days’ worth, it is to decrease the chance of any of these germs with any of these changes from growing too  much.

“When the doctor tells you to take your antibiotics until finished, even if you feel better after taking only a few days’ worth, it is to decrease the chance of mutant germs mutating even further. Take the full course.”

Viruses are very small and grow very fast with short lifespans, and so it is easier for viruses to mutate or change compared to humans or large animals. We are familiar with dengue that has several different strains, and we are familiar with the idea that after recovering from infection with one strain of dengue, infection with a different strain in the future can result in worse disease. The influenza virus that causes the flu mutates a lot, and we are familiar with terms like H1N1 or H3N2, representing different strains of flu viruses; there are various combinations of Hs and Ns, and even viruses with minor differences exist within the same H1N1 group, for example. This is the main reason for having to get a new flu vaccine every year, as a vaccine made to protect you against last year’s flu virus may not protect you from the new strains emerging each flu season. For HIV, we have not been successful in making an effective durable vaccine as there are so many different strains of HIV, and because even within different HIV strains there is ongoing change – they change rapidly within the body of a single person with infection, they change in populations as the virus spreads from one person to another, and they change in response to pressure from anti-HIV medications. And so, it is not surprising that the novel coronavirus is also changing. Due to its small size and the make-up of its genetic machinery, the novel coronavirus is about 10-fold more likely to mutate than the flu or HIV virus.

Impact on spread and disease severity

It is expected that the novel coronavirus is mutating. In fact, it would be strange if it were not. Now, what are the implications of this? Well, in a way, it depends on what is putting pressure on the virus and what the virus is trying to do to avoid that pressure. For example, once the virus enters the human body, it encounters an ongoing attack from your body’s immune system, and the virus may therefore undergo changes to try to escape as much of that attack as possible.

It is expected that the novel coronavirus is mutating. In fact, it would be strange if it were not. Now, what are the implications of this? Well, in a way, it depends on what is putting pressure on the virus and what the virus is trying to do to avoid that pressure. For example, once the virus enters the human body, it encounters an ongoing attack from your body’s immune system, and the virus may therefore undergo changes to try to escape as much of that attack as possible.

By now, we are familiar with the general make-up of this virus that is covered on its surface by spikes the virus uses to attach to cells in the body to cause infection. For this reason, the spike becomes a target of attack by your immune system as your body’s way of preventing the virus from attaching and taking hold. And so the spike is under a lot of pressure to change itself to avoid this attack.

Another purpose of a virus mutating is to find new housing or new hosts – e.g., jumping from animals, like pangolins or bats, into humans; so the virus benefits from having more places to live. It is normal for the novel coronavirus to be mutating, the purpose of which is to give the virus certain distinct advantages.

Mutations may come at a cost to the virus

Viral Genetics experts at the Walter Reed Army Institute of Research in the US have evaluated the genes of tens of thousands of samples of the novel coronavirus. And up to April 2020, a study of the mutation patterns suggested that, firstly, the novel coronavirus was not associated with the emergence of a great number of different strains, suggesting that strains have remained relatively homogenous or stable over time. Secondly, these scientists have concluded that the extent and types of mutations or changes seen in the novel coronavirus over time do not sufficiently add up to a pattern of mutations that would result in currently circulating viruses being substantially different from older strains on which the currently available vaccines were developed. As such, it is expected that the approved vaccines will be effective against older longer circulating strains and current new strains.

One of these changes or mutations, referred to as D614G, is a change at the root or base of the virus’ attachment spike, and not at the tip of the spike with which your body’s immune system would be interacting mostly. Scientific reports suggest that populations in which the D614G strain has been observed, would have had that strain introduced there by an individual with the infection. The D614G, like the deletion 60 and deletion 70 mutations (chopping out of part of the genes of the virus), enables the virus to attach to cells more easily in a test tube in the lab, but this may not necessarily translate into greater ease in the virus spreading from one person to the next. Not infrequently, when a virus mutates to take on a new ability, there is something that the virus has to sacrifice to keep that mutation. For example, a virus may become less fit or less likely to survive if it takes on a mutation that allows it to spread more easily. We do not yet know with any certainty whether the mutant strains being discussed result in worse symptoms or more severe disease.

What will be almost certain is that infection prevention habits that work against one strain are likely to also protect us from other strains. It is critical to maintain habits of washing hands often, staying home if sick, wearing a mask, and avoiding crowds or gatherings in order to reduce our risk of becoming infected. The mutations happening in the novel coronavirus may indeed affect the speed of spread, but so far these mutations are unlikely to enable the virus to evade the protection that vaccines based on the older strains were designed to confer.

So far, the mutations happening in the novel coronavirus are unlikely to enable the virus to evade the protection that vaccines based on the older strains were designed to confer.

The Science And Joy Of Learning

It is expected that the novel coronavirus is mutating. In fact, it would be strange if it were 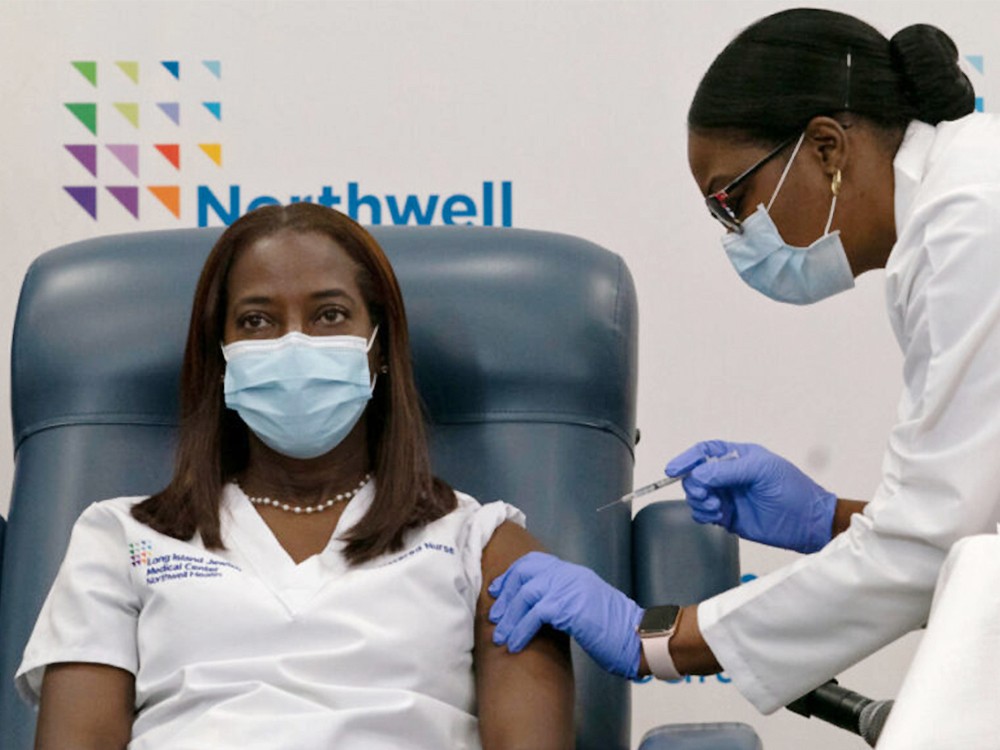 Vaccine for COVID-19 – Highly Effective and Safe… So Far 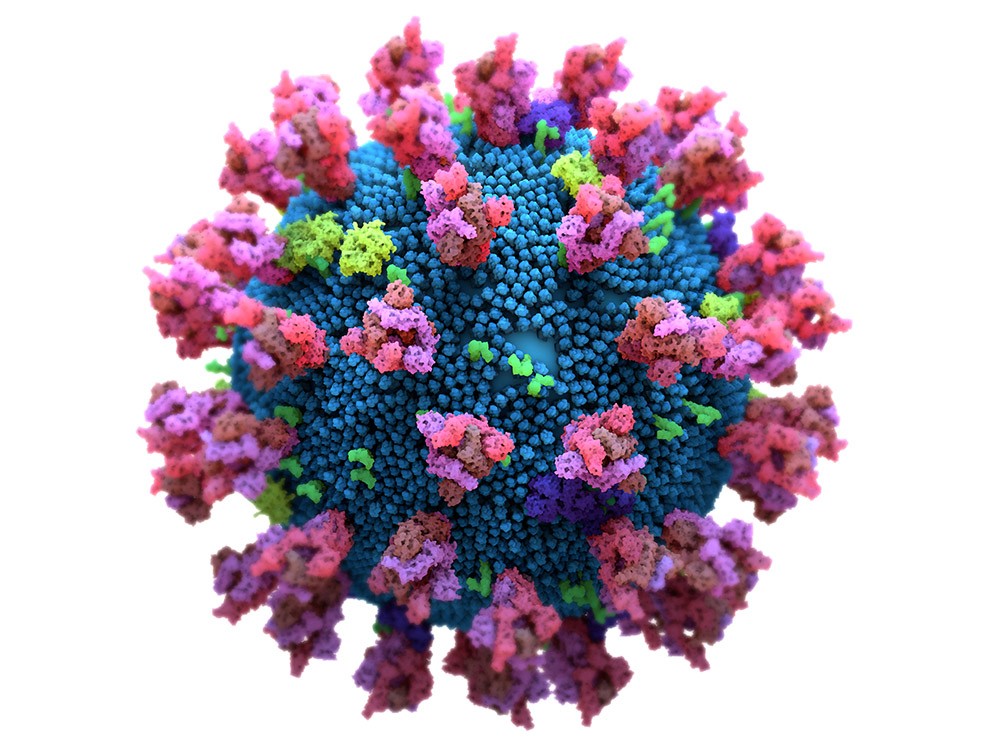 An Approach to Testing for COVID-19

No products in the cart.